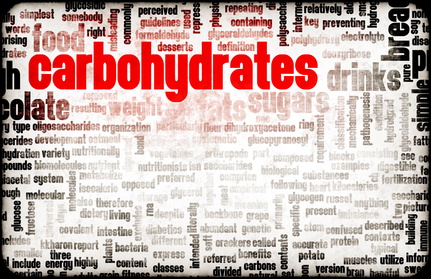 1/3 of the world population is overweight

According to a survey conducted by the University of Washington, one third of today‘s world population is overweight if not obese. This result is based on data from 180 countries, among them Switzerland. While in 1980 no more than 857 million people worldwide were too heavy, by 2013 2.1 billion were. This increase exceeds that of the world population significantly. The researchers expressed particular concern about the trend of more and more children and adolescents being overweight.
Our modern way of life is marked by increasing acceleration, not just in terms of communication but also with respect to our eating behaviour. Things have to be done faster and faster. As a result, consumers increasingly turn to convenience foods and snack products. These foodstuffs tend to have a significantly higher proportion of easily digestible carbohydrates with a high glycemic index (GI >70) and fats. Consequently, they cause disproportionate daily calorie ingestion as well as extremely high blood sugar levels. In the long run, this obviously not only has negative impact on our metabolism but on global healthcare costs too.
On a global scale, this leads to an enormous increase in non-contagious and chronic diseases and health risks such as overweight, obesity, type 2 diabetes, cardiovascular diseases etc. In U.S. men, today 70.9 percent are overweight; in U.S. women, 61.9 percent. Germany isn’t doing much better: 64 percent of men and 49 percent of women are overweight by now, and counting. At the same time, the U.S. has, at 24 million, the highest number of patients suffering from diabetes. By 2030, this number is expected to grow to 35 million unless effective countermeasures are taken.

Carbs are the most important energy carrier in our daily diet

The World Health Organisation (WHO) recommends 55% to 75% percent of our daily calorie demand to be satisfied with carbs. In my view, the entire debate about ‘low carb’ vs. ‘high carb’ is extremely dubious, as it ultimately leads to a higher percentage of fats and proteins in our diets – with all the negative impacts for our health. Most consumers are still convinced that all types of sugar are bad; in addition, the strategy to eliminate all carbs from your diet is easy to pursue even for the layperson. The effect of carbs, however, can strongly vary in terms of digestibility and their respective impacts on the blood sugar value, insulin release and physiological effects in the colon. In that respect, we need to distinguish between good carbs and bad carbs.
Most foodstuffs, and convenience foods and snack products in particular, have a high amount of easy-to-digest carbs with a high GI, resulting in fast and excessive release of glucose. This is introduced into the blood stream, which in turn leads to increased release of insulin. Insulin promotes the ingestion of glucose into the cells (energy supply) and suppresses the formation of additional glucose. At the same time, insulin stimulates the generation and storage of new fat cells. Excessive daily consumption of foodstuffs with a high glycemic index (GI) will result in permanently high blood sugar values with the associated high insulin levels. Our body responds by switching our metabolism from fat burning to fat storage mode.

In the future, an important task for us food producers will be to inform consumers about the fact that not all carbs are bad but there are ‘good’ ones, too. By focusing on producing low-glycemic (GI <55) foodstuffs, we can help shove people’s metabolisms in the right direction. Low insulin levels result in increased fat burning to supply our body with energy. This will help to stabilise the current increase in non-contagious and chronic diseases and health risks such as obesity and diabetes. In parallel, however, we will have to launch programmes to educate consumers by explaining the impact of alternative dietary behaviours in order to promote a change in adverse behaviours in the long run.
For more information on Glycemic Index and a GI database please visit GI-Listing or Universtity of Sydney database .